About Clarinda, IA and the Clarinda A's

Clarinda, Iowa was founded in 1851, and incorporated on December 8, 1866. Many stories are told of such notables as Jesse James frequently passing through.  The town is named for Clarinda Buck, who according to legend carried water to the surveyors while Page County was first being surveyed.

Clarinda is the home of the Clarinda A's, our summer amateur baseball team. The Clarinda A's got their start In 1955, when Bill Bench and Vernon Woodard formed and managed a team of local players. Because the financial backing for the team was from local businessmen, they were called the Merchants. The Merchants played their first game in May of '55 and in that first box score lineup were Jerry Jennings, Dean and Gene Bentley, Ralph Taylor, Norman Discher, Merl Eberly, Max Doughterty, Ken Warrick and pitcher Bill Hullinger who threw the entire nine innings for a 9-5 victory over Shenandoah.

2021 will be the A's 66th season.  The A's are a member of the MINK League along with the Chillicothe Mudcats, St. Joseph Mustangs, Jefferson City Renegades, Sedalia Bombers, Des Moines Peak Prospects, Nevada Griffins and Joplin Outlaws.  Pat and Rodney Eberly serve as General Managers for the team.  Ryan Eberly is heading into his 18th year as field manager.

The A's have sent several players on to the major leagues, including Von Hays who played for Clarinda 1978-79, then went on to play Major League ball from 1981-1991.  Hall of Famer Ozzie Smith played with the A's 1975-1976 and regularly returns to Clarinda for special events.  You never know who the next Hall of Famer may be.  We hope to see you at Municipal Stadium/Eberly Field! 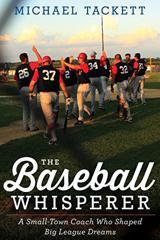